One such cell line, human embryonic kidney cells, were transformed into an immortal line using the adenoviral E1 region. Deleting the genetic information from the adenoviral genome within this and other regions provides space within the virus to accompany more than 10 kilobases of foreign genetic material. To express RNA and protein from the foreign complementary DNA transferred into a cell, several key elements must be designed into the vector to produce an expression cassette.

These include a promoter, an intron, and a polyadenylation signal sequence. This continues until the polymerase reaches a stop signal located on the far side of the coding region within the polyadenylation signal sequence. At the stop site, the polymerase releases from the DNA and the messenger RNA is further processed with the establishment of a polyadenosine tail. There are several different types of promoters, and promoter selection is important in directing the conditions of expression within selective cell types.

Constitutive promoters are those that induce gene expression in most cells continually over a long period. These promoters have either been isolated from viruses, such as the cytomegalovirus promoter or the Rous sarcoma virus long terminal repeat promoter, or represent a gene that is transcribed in numerous tissues, such as B-actin. A second type of promoter, the inducible promoters, are those in which expression can be turned on and off with the application of a specific drug.

One such inducible promoter uses the modified tetracycline repressor to regulate gene expression in the presence or absence of tetracycline.


A third type of promoter is the tissue-specific promoter that induces gene expression within specific cell population. To restrict expression to either astrocytes or neurons, the glial fibrillary acidic protein promoter astrocytes or the neuron-specific enolase promoter neurons are commonly used.

Within the E1 deletion is the expression cassette. The second vector is designed to contain all the necessary adenoviral genes to produce virus, but is missing essential genes for packaging into virions and reproducing itself. Only when successful recombination causes the transfer of DNA from the shuttle vector including the packaging sequence and the expression cassette to the second vector will virus be rescued and produced Figure 1.

Adenoviruses generated by this process are replication defective and will only propagate in specific cell lines expressing the adenoviral E1 region and not in normal cells lacking this region. The exact mechanism leading to DNA recombination is not known and isolating successful recombinants is one of the biggest challenges associated with the generation of adenovirus. To maximize the potential for successful recombination, usually equal molar concentrations of the 2 vectors are cotransfected into cells using the liposome or some other efficient transfection protocol.

Successful recombination produces virions that induce lysis of human embryonic kidney cells. This cytopathic effect can be visually monitored as a small plaque that progressively gets larger over time. Once all the cells in individual wells lyse, the supernatant is examined for successful viral recombinants and for contaminating adenovirus that contains the E1 region by polymerase chain reaction.

Finally, recombinant adenovirus is purified, separated from cell debris, and concentrated by centrifugation over cesium chloride gradients. Adenovirus may prove beneficial in the treatment of several central nervous system CNS disorders such as CNS tumors, neurodegenerative diseases, and autosomal recessive disorders. The furthest along in clinical trials are adenoviruses used to destroy CNS tumors.

Currently several approaches are being explored. One approach uses adenovirus that encodes a suicide gene, such as herpes simplex virus thymidine kinase gene HSV-tk. These compounds will therefore destroy tumor cells but not nondividing glia and neurons. A secondary benefit to this approach is that phosphorylated nucleosides can diffuse away from the dying cells or be transferred to adjacent cells through gap junctions and cause a "bystander effect" to destroy adjacent tumor cells that are not transduced with HSV-tk.

Effectiveness of this treatment in animal models of spinal cord tumors demonstrated that HSV-tk eliminated the tumor and dramatically increased survival when compared with nontreated controls. Another approach uses mutated adenovirus with no foreign DNA insert to directly destroy tumor cells by replication-dependent cytolysis.


Wild-type adenovirus produces a kd protein that binds and inhibits the function of p Adenovirus that is missing this kd protein cannot replicate in normal cells, but can replicate in cells deficient for p Studies show that this method is effective in killing many types of tumors and significantly increased animal survival in mouse-human xenografts of pdefective tumors. Another potential clinical application for recombinant adenovirus is the treatment of some neurodegenerative disorders.

Neurotrophins could potentially contribute to the treatment of many neural degenerative diseases; however, systemic application of these factors has proved problematic. An alternative strategy would be limited expression of specific neurotrophins to the neurons and discrete locations needed. In animal models for degenerative disorders, such as Parkinson disease and amyotrophic lateral sclerosis, adenovirus encoding for neurotrophins has proved successful in increasing neuronal survival after application to specific cell populations. For a model of Parkinson disease in animals, 6-hydroxydopamine is injected into the striatum to destroy the tyrosine hydroxylase—containing neurons in the substantia nigra.

Preinjection of recombinant adenovirus encoding glial cell line—derived neurotrophic factor into the striatum doubled the number of surviving dopaminergic neurons after treatment with 6-hydroxydopamine and resulted in minimal behavior dysfunction when compared with control animals. Numerous studies for animal models of amyotrophic lateral sclerosis have demonstrated that application of neurotrophins can reduce morbidity and mortality by increasing motor neuron survival and muscle tone.

In 1 such study, 7 adenovirus encoding neurotrophin-3 was injected into the muscle of mice with the genetic disorder progressive motor neuronopathy. Normally these mice develop neurogenic atrophy and become paralyzed and die within 6 to 7 weeks of age. Although adenovirus has the potential to be a useful vector for the treatment of many CNS disorders, initial clinical use may be limited to treatments that require relatively short-term expression, such as treatment of CNS malignancies. 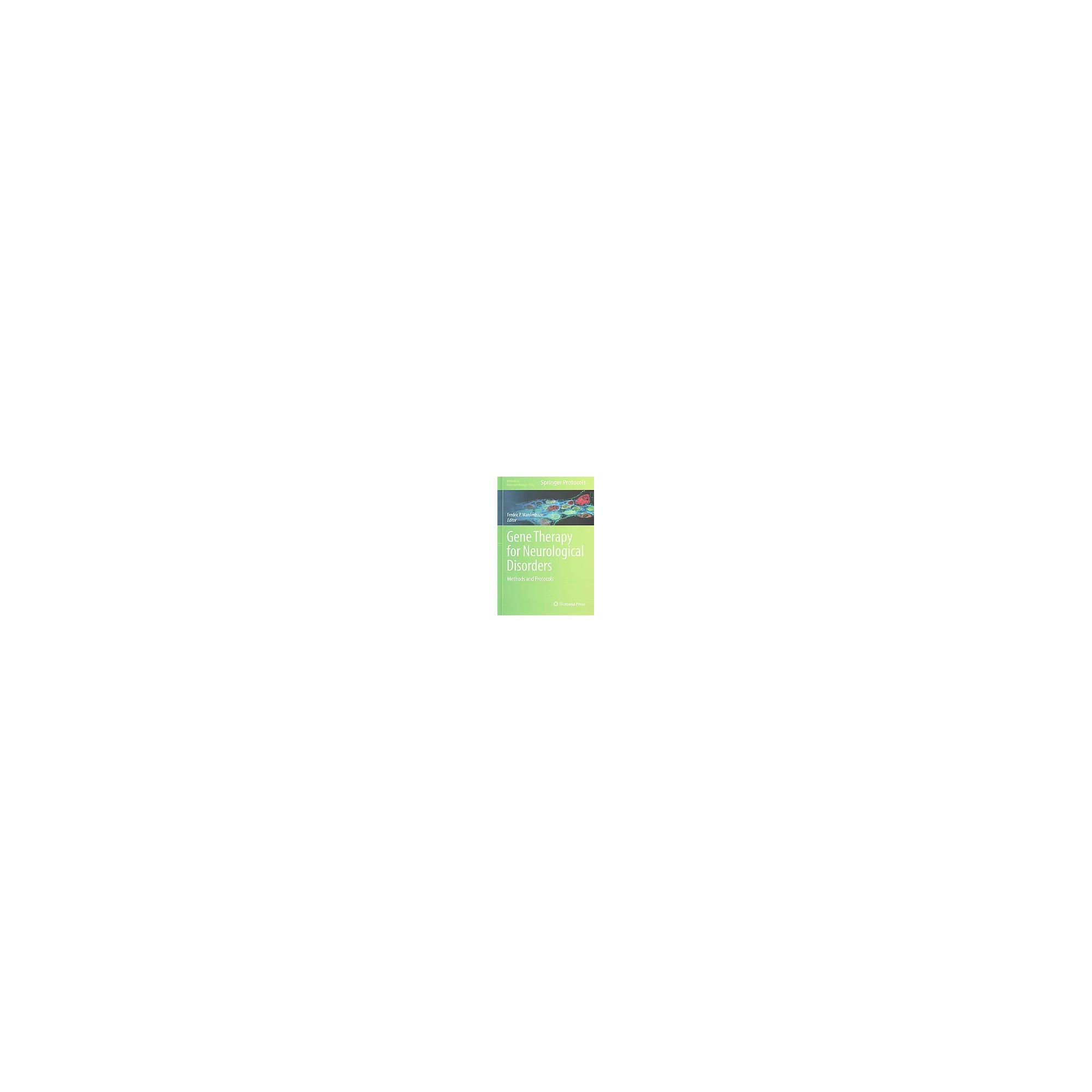 This problem is primarily due to the lack of persistent transgene expression after adenoviral transfection. In most experimental paradigms, adenovirus persistence rarely extends more than several months. This might be due to several factors such as promoter shutdown, elimination of the adenovirus DNA from the host cell since the virus does not integrate, or reduced expression due to an immune response.

However, improvements in the design and construction of adenoviral vectors are beginning to greatly increase the persistence of transgene expression. The relative ease for generating recombinant adenovirus and the broad spectrum of CNS cells transduced by this virus has greatly expanded its application in basic neuroscience research.

Recombinant adenovirus can be used to transfer genetic material into neurons, astrocytes, oligodendrocytes, and Schwann cells both in vitro and in vivo. This allows for the examination of protein function from a desired gene in a variety of experimental paradigms.

For example, neurons transduced with adenovirus encoding green fluorescent protein to identify transfected cells displayed electrophysiologic properties statistically similar to normal nontransfected neurons. The coexpression of green fluorescent protein and the serotonin type III receptor allowed easy and consistent identification of live transduced neurons for patch-clamping determination of receptor expression and function. Animal research is also showing promise for the use of recombinant adenovirus in numerous neurologic disorders such as those associated with inherited diseases, neurodegenerative diseases, ischemia, and CNS wound repair and regeneration, to name a few for review see Davidson and Bohn 9.

In many inherited diseases, the disorder is caused by the mutation of a single gene that renders the gene product ineffectual. The transfer of a normal gene into the defected cells could replace the defective gene product with a fully functional one to treat the disease.

One such example is the reversal of diabetes insipidus in the Brattleboro rat. Injections of adenovirus encoding a correct version of arginine vasopressin into the hypothalamus reduced water intake and urine volume in treated rats for up to 4 months. This study demonstrates that gene replacement therapy using adenovirus can correct functional deficits associated with autosomal recessive single-gene disorders within the CNS.

In conclusion, recombinant adenovirus is adaptable to many experimental paradigms in which DNA transfer to cells of the nervous system is required. This virus will efficiently transfect both dividing and nondividing cells and induce high expression of the transgene for at least several weeks. The technology for generating replication-defective adenovirus is also readily available either from other researchers or from commercial sources.

For these and other reasons, adenovirus is one of the most widely used viral systems for transferring genetic material in basic neuroscience research. Currently, the 2 main problems associated with the use of adenovirus are the lack of long-term transgene persistence and the elicitation of an immune response by the initial injection bolus.